What is 3D printing? 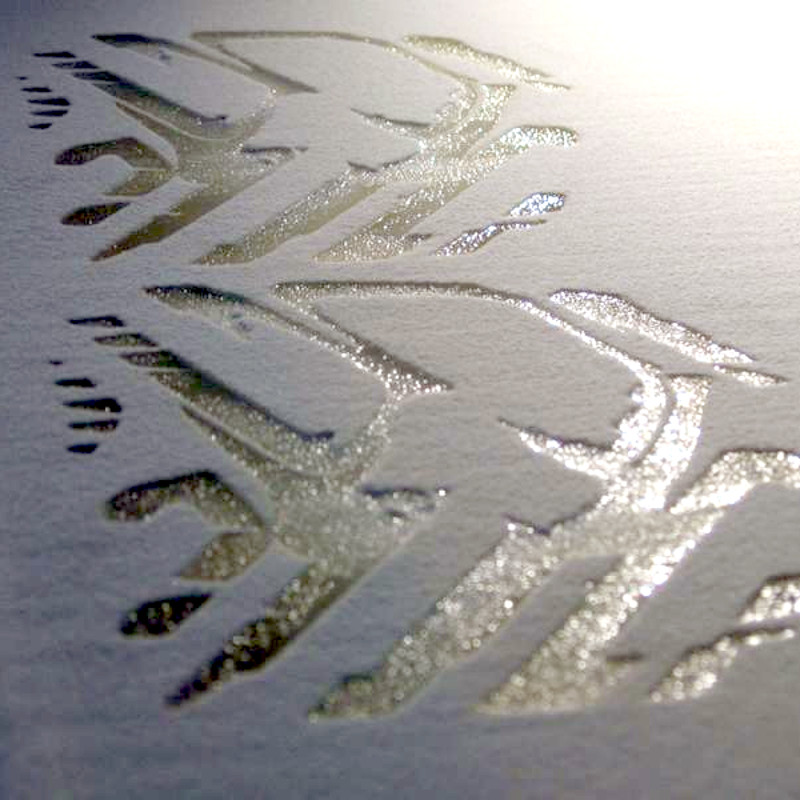 The techniques used to create the 3 dimensiona objectl involve the successive laying down of some material on top of its self to build up the physical object, this successive adding of layers is why 3D printing is also often referred to as additive manufacturing.

3D modelling, or more specifically the various types of software that are used in managing the 3D digital model phase of the additive manufacturing process are described elsewhere. In this section we are going to introduce some of the more common methods of 3D printing, namely Fused Deposition Modelling, Stereolithography and Sintering. 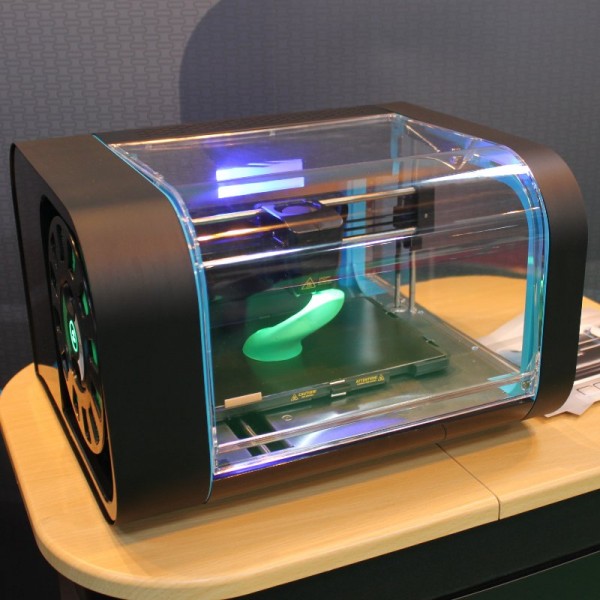 FDM 3D printing is, perhaps, the most well known method of 3D printing and is common in both the, hobbyist, desktop 3D printer  market and all so in manufacturing. It is essentially an extrusion process whereby a thermoplastic is heated to liquefaction and then laid down on itself in successive layers. The deposition of the exudate is controlled by the printer’s extrusion head which is moved along x, y & z axis. The printer essentially has ink-jets. FDM printers are the cheapest on the market and work very well. They have an extremely strong following in the hobbyist / DIY 3D printer community and so there is a great deal of support and knowledge out there for running this type of printer.

Fused deposition modelling does have its limitations though, i.e. the 45&#176; rule that any structure which has a 45&#176; angle or greater requires a support. Support structures therefore need to be incorporated into the final printable model so that these parts of the object will retain their position, they won’t droop under their own weight. Remember the plastic is molten and so will still move until it solidifies.

For best results with FDM printers your 3D printer set-up should allow for the maximum control of the extrusion process, particularly the transition back from liquid to solid. Having an enclosed build area, for example the UP! mini, the CubePro,  the Robox or the UPBox, greatly helps with this.

FDM printer material is sold as filament, or sometimes pellets. It is all based on some form of thermoplastic, something that can be melted and then return to its original state once it cools. Take a look at our guide to 3D printing filament for more information on what types of material can be used in fused filament fabrication 3D printers. If your curious we sell 3D printer filament in small sample packs so that you can get a feel for the different types of filament that you can buy and experiment with them before you commit to buying larger quantities. 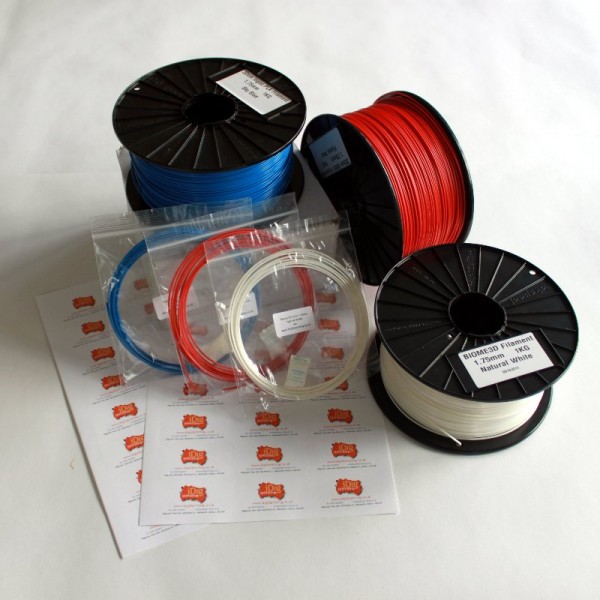 Although not as common as FDM 3D printing it is an extremely versatile method that can produce models with very fine detail, down to 100nm in some instances. SLA works by using a container of liquid polymer that hardens under exposure to light. The polymer is then exposed to light in a controlled manner, the manner being determined by the digital representation of the 3 dimensional structure to be built.

To summarise the process there is a laser, a liquid polymer container and a build platform. The platform is lowered to the surface of the liquid polymer and the laser is fired at the surface of the polymer in a pattern that represents the first layer of the model to be built, although in the first instance these layers are supporting layers. The light of the laser causes the polymer to harden where it shines on it. The platform is the lowered, or raised in some instances by a small amount, the same amount as the z layer resolution and then the laser is fired at the surface of the polymer again to produce the next layer, that will be fused with the previous. This continues until the full height of the model, or requisite number of layers, has been laid down.

Once the model has been built it needs to be post-processed, washed in a solvent, in order to clean it up. The advantages of SLA 3D printing is that it can produce intricate models at a fine resolution. 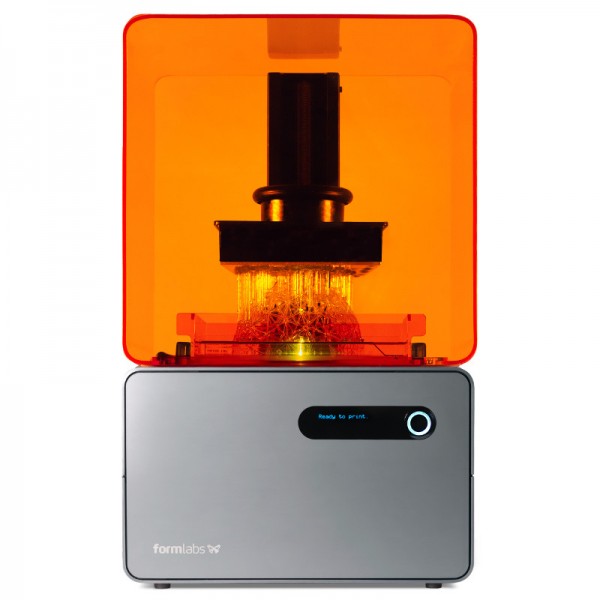 One advantage of SLS and associated techniques is that more production ready materials can be used to form very strong production quality products, including of course metal alloys. Also the powder in the container that the build platform sits in acts as a support to the object being built so that supporting structures are not required. 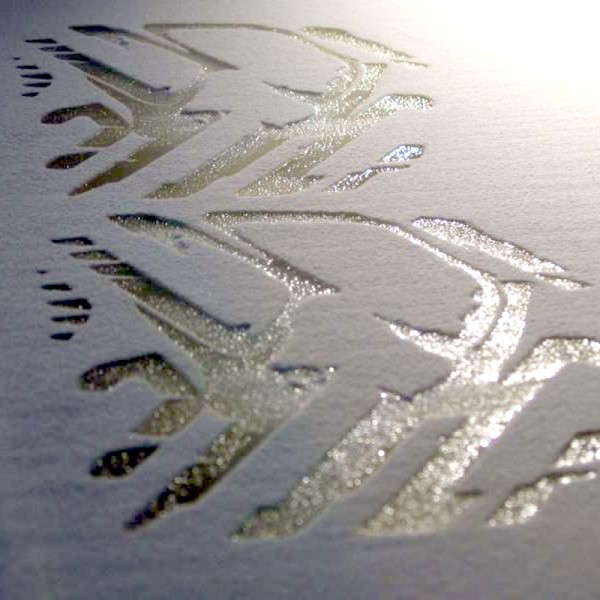 At iDig3Dprinting we deal with FDM desktop 3d printers currently, you can see our full range of 3D printers on sale at our shop. If you need some help in deciding what is best for you then please get in touch for advice about 3D printing and printers. We have also put together a brief guide to what things to think about when choosing which 3D printer to buy.