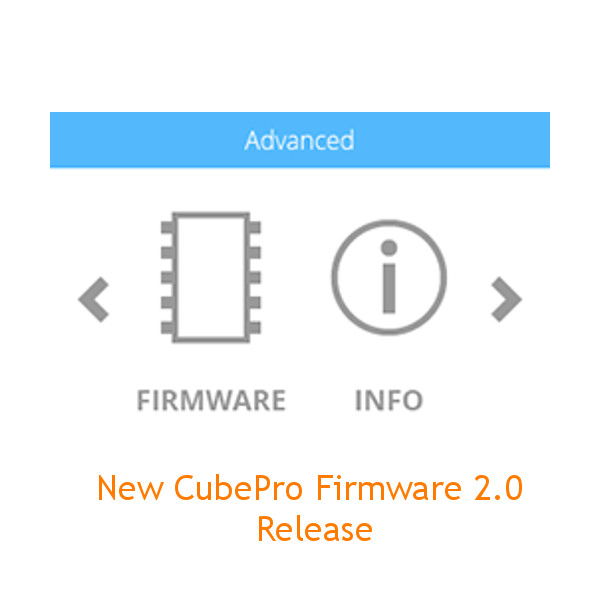 3D Systems have released a new CubePro 3D printer Firmware upgrade, version 2.0. This new update is designed to give you faster print speeds and better quality 3D prints. So if you want to make the most out of your CubePro it’s probably best to update. The firmware can be downloaded from 3D systems website.

This has been tried out and it does appear to make a big difference.

Here is a video guide to updating your CubePro: