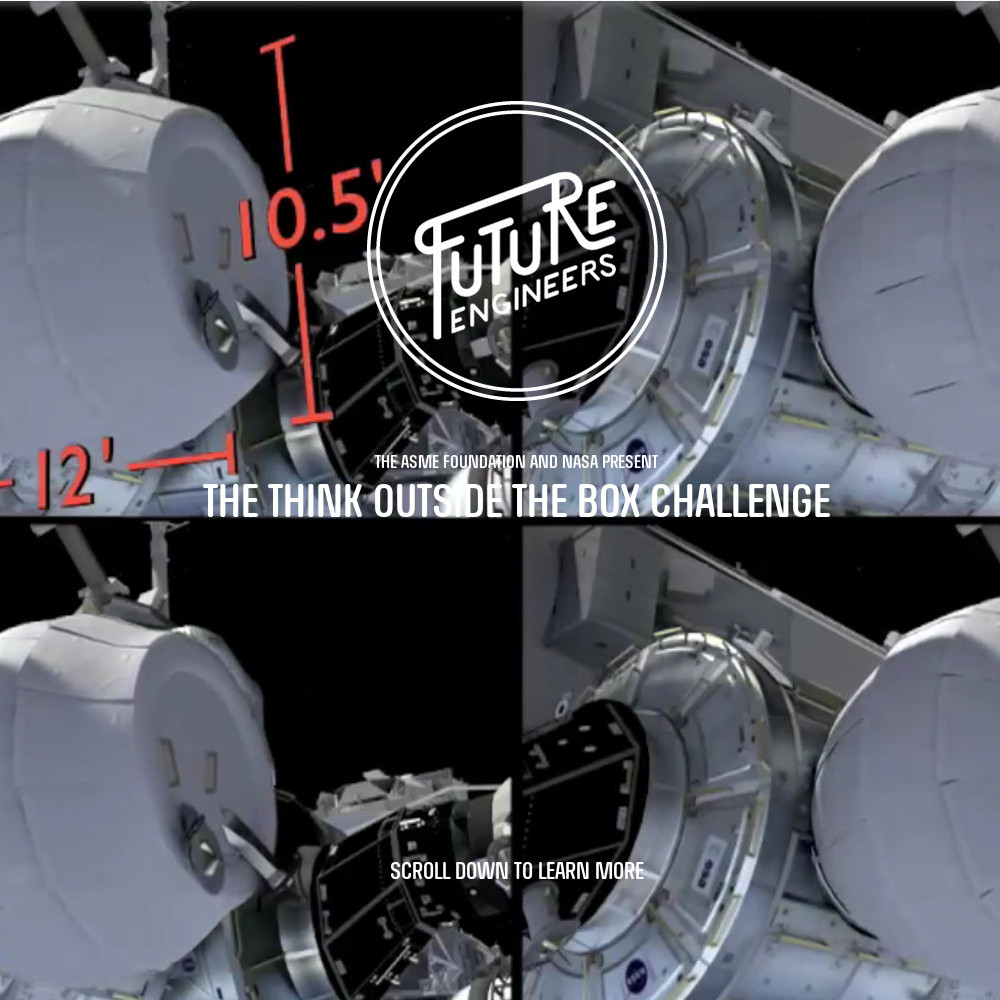 Future Engineers have started a new 3D printing challenge “Think outside the box” to design a new, innovative object that can be used by astronauts that has the property that it Expands or Assembles.

The deadline for the challenge is the beginning of August 2016.

Whats the “think outside the box” 3D printer challenge about

The challenge has been developed to coiincide with the development of the BEAM project which is the first expandable habitat for the International Space station and the launch of the first commercial 3D printer in space the AMF.

The AMF printer has a build volume of 14cm (D) x 10cm (W) x 10cm (H). The object must be designed such that it will expand or can be assembled larger than this build volume, i.e. it expands, grows, has hinges, is telescopic. It has to be usable by astronauts in microgravity in the ISS.

This makes a great 3D printer project for schools and colleges so why not get involved.Whilst you thinking about it why not take a look at some of NASA’s great 3D printer models that they make available.